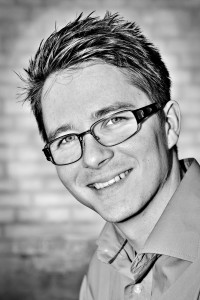 From early on in my studies, I realized that I had a very great interest in neuroscience,  and started looking for ways to combine this with a physics degree.

Thus, in 2008, I wrote my bachelor’s project on diffusion-weighted MRI (see the finished paper in the “research section”), at the Center of Functionally Integrative Neuroscience at the University of Aarhus.
Later that year, I became acquainted with my first phd supervisor, Torben E. Lund, and a year later began my first real project, concerning 1/f phenomena in BOLD fMRI time series.
In the latter half of my phd I took on a second problem formulation, concerning numerical simulations of LIF-networks with spike-time dependent plasticity (STDP), together with Alessandro Torchini. This collaboration persisted until the end of my PhD, in early 2014.
Since then, I have been fortunate enough to be involved in a game theoretical project with Lars Bach at the Interacting Minds Center, and the development of the ear-EEG platform under the supervision of Preben Kidmose, head of the Neuro Technology Laboratory, both situated at Aarhus University.
I live together with my wife and our daughter in Aarhus, and when I am not working, I will often be found running in my vibram fivefingers, playing with my computer, or perhaps geocaching =)
If you need to get in contact with me, I can be reached at (first name)(dot)(last name)(at)gmail(dot)com